Want to be heard? We want to know about your concerns related to substance abuse among youth in your community.
Take the Community Survey!

To learn more about mental health promotion and suicide prevention:

If you are in crisis, struggling with thoughts of suicide, or just need someone to talk to, take immediate action:

The number of children with mental health problems is staggering. Nearly two-thirds are going without any treatment at all, which can lead to negative outcomes in the future including suicide.

A recent study found that one out of five kids have a diagnosable mental illness and nearly half don’t get help for it, some because they didn't know their child was struggling but others simply refused to take them seriously when they spoke up about it. Untreated conditions can really hinder these kids' lives--from school success to getting into trouble with law enforcement or even taking their own life later on down the line.

The following signs may indicate the need for professional help:

Early identification, diagnosis and treatment are a vital component of the ongoing development of children. If you suspect your child is struggling or has questions about their behaviors, it's important to consult with either his/her pediatrician for medical evaluations as well as mental health professionals who can better identify possible conditions such as learning disabilities or developmental delays that could be related. 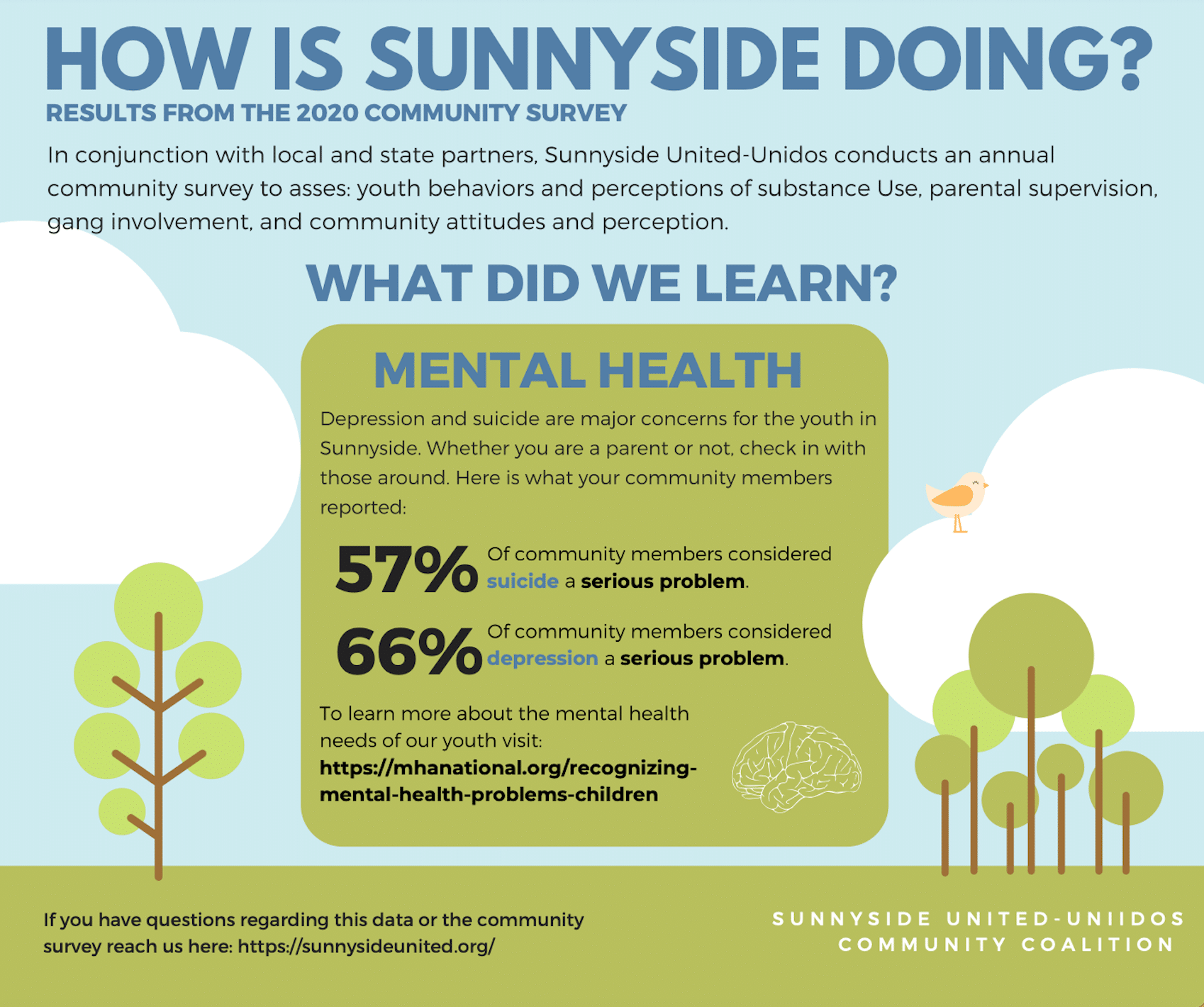 in and around Sunnyside, Washington

If you or someone you know is in need of treatment for drug and/or alcohol abuse, please contact one of the following organizations.